Portion of The Helical Staircase from the Tour Eiffel 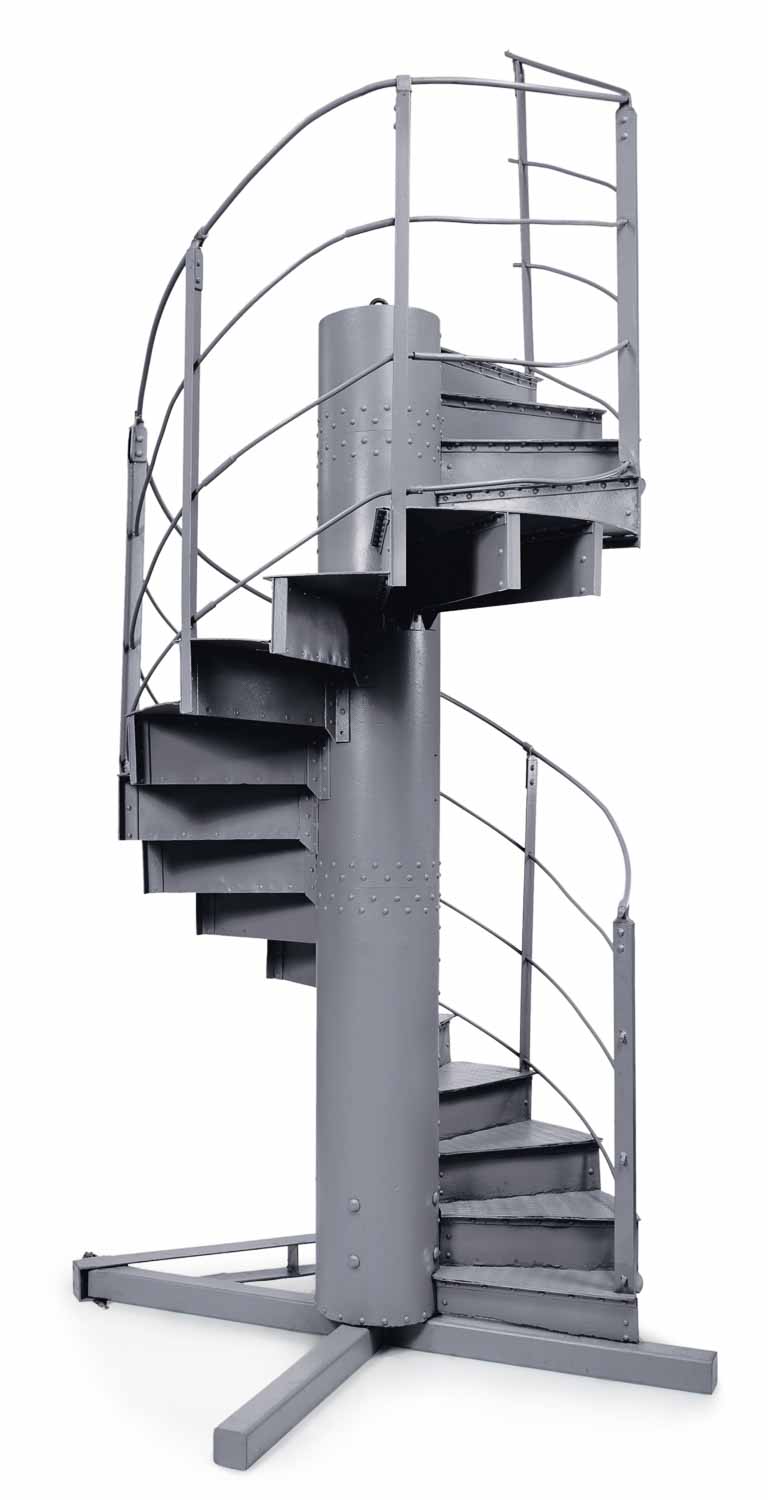 The Fondazione Sorgente Group enriched its own collection of artistic treasures acquiring an important object of historic design: a section of the helical staircase previously coming from the Tour Eiffel, from where has been moved in 1980, during a weight-reducing project. The staircase originally connected the second and third levels of the Parisian tower. The staircase, 4 meters and 50 centimeters high, has a diameter of 173 centimeters and dates back to 1889, just like the rest of the monument to which it is associated. It was replaced in 1980 due to safety issues, as well as to lighten the weight load of the entire tower. The staircase was divided into 24 sections each measuring between 8 feet 6 inches and 25 feet 6 inches and lowered to the ground using winches. One section has since been permanently displayed within the Tour Eiffel. Three sections were donated to prominent French museums, the Musée d’Orsay, the Villette in Paris and the Musée de Fer in Nancy. The remaining sections were auctioned off on December 1st 1983, during a successful event held at the Tour Eiffel attended by numerous collectors from around the world wanting to obtain a piece of the legendary structure. Today the sections of the staircase can be found in many prestigious locations around the world such as the Yoishii Foundation in Yamanashi, Japan, the Statue of Liberty in New York, and next to the replica of the Tour Eiffel at Disneyland. A section of the staircase was also acquired by the French singer Guy Béart, whereas the sculptor César featured the stair- case in one of his sculptures in tribute to the famed Tour Eiffel.