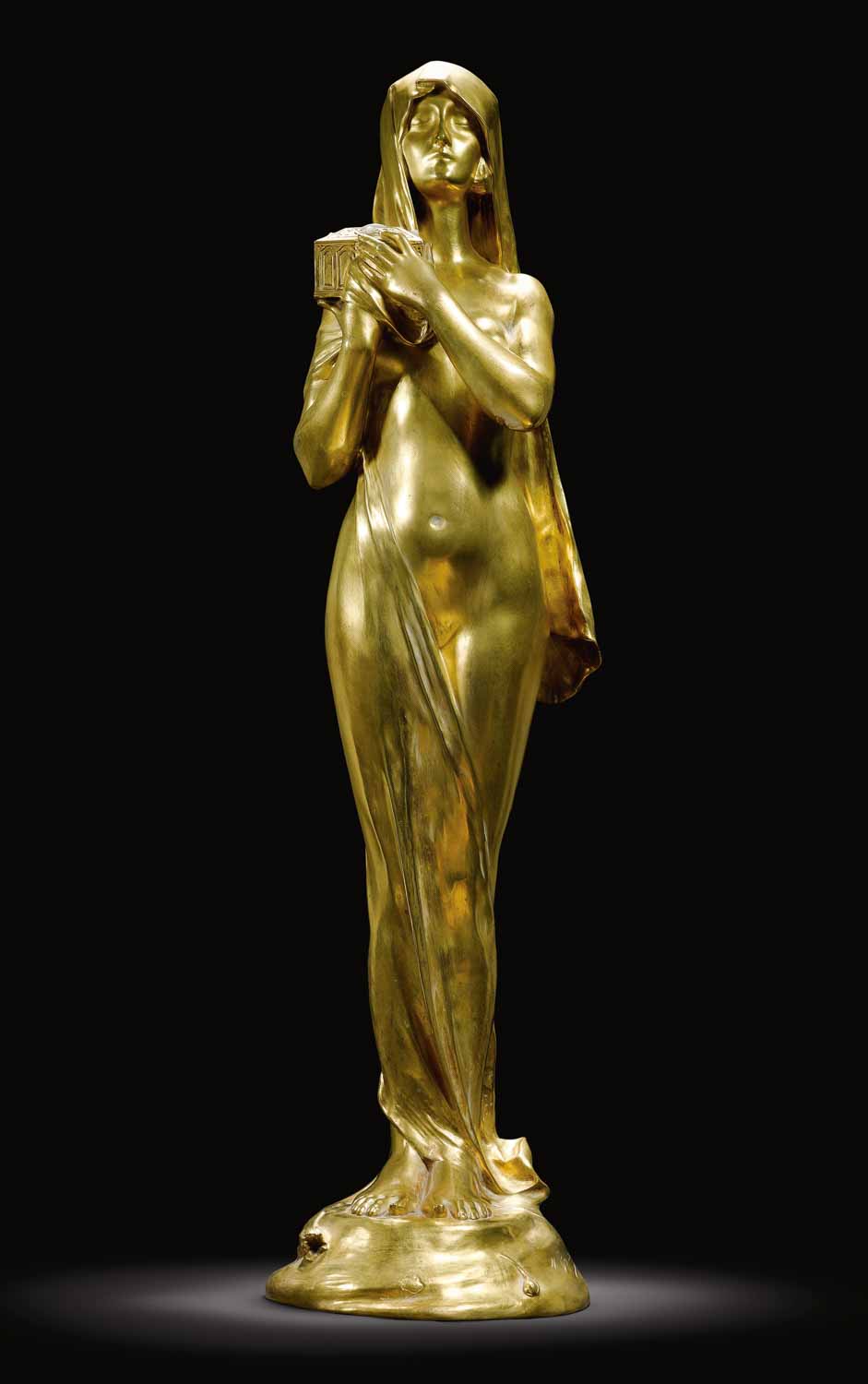 Bronze statue with a gold patina depicting Pandora holding a small box in her hands, casted by Maurice Bouval, who was the assistant of master Alexandre Falguière, the author of “The Triumph of the Republic”, the sculptures group on top of the Arc de Triomphe, in Paris.

Since 1880 Bouval realized many works in bronze including table lamps, appliques, inkwell and candlesticks. He took part to the Universal Exposition in Paris in 1890 and he was a long-time member of the Société des Artistes Français. His major artworks are strongly influenced by Symbolism and Surrealism and mainly represents female characters, often taken from the mythological tradition, like this sculpture. This “Pandora” appears noble and celestial, holding a small box containing all the evil of the world, of which she was appointed to guard. Despite the Zeus order of not to open it, her curiosity prevailed and she spread Jealousy, Illness, Vice and Old Age in the world, closing the box just before Hope could escape too. The moonstone inserts on the box, which symbolize the preciousness of the object in her hands, are worthy of note. Also interesting is an iconographical comparison with the feminine figure of the Pre-Raphaelite movement, and particularly as concern the rendering of the figure’s ethereal facial expression.